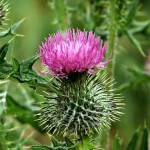 This year’s Sunday Herald Independence Debate will discuss the topic: Independence and the Arts: how would independence affect Scotland’s cultural life? Panellists will answer questions from the floor. Issues to be addressed might include: Would independence encourage, or inhibit, the literary output of Scots? What role should “national” play in the National Theatre of an independent Scotland? What would independence mean in terms of the work of the BBC? Does the country have sufficient facilities to ensure that our visual artists continue to achieve international standing? How would musical creativity and performance be affected? What kind of arts body would best facilitate creativity in this country? Sunday Herald diarist Alan Taylor will be in the chair and the panel will include James Boyle​, Alasdair Gray, Pat Kane, Zinnie Harrisand Libby McArthur.